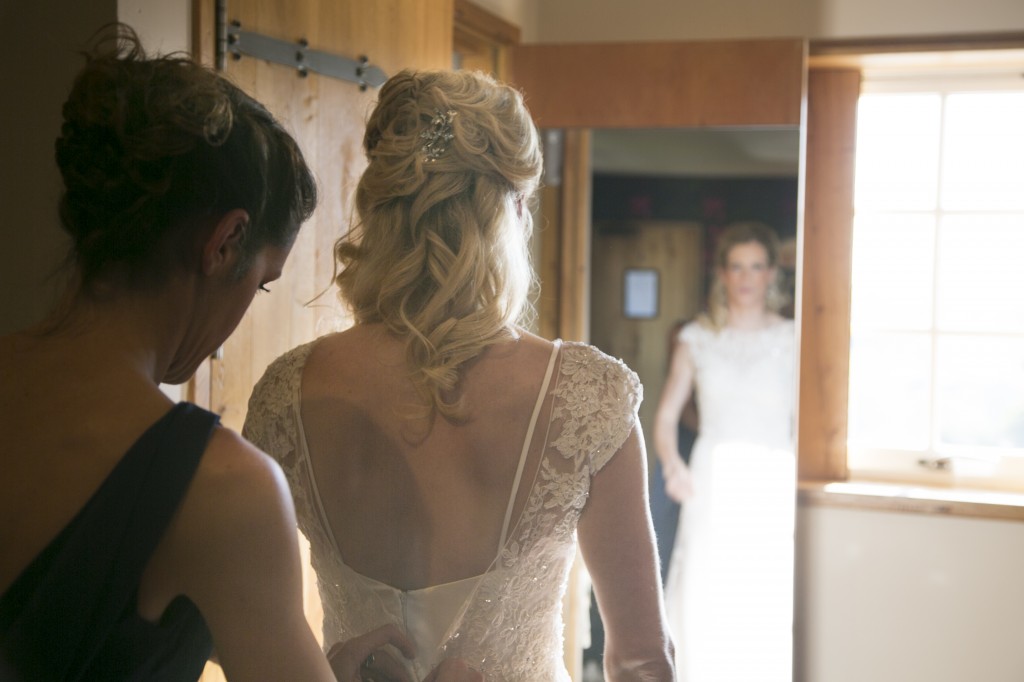 For our newest blog feature, each month we will follow the love story of one of our Eleganza real brides.  This month, we are featuring Scottish Athletics start Eilidh Child who married her long term partner Brian Doyle at Glenskirlie Castle on 17th October 2015. In the first part of this feature Eilidh told us all about the romantic proposal which you can read here. This second part is all about the couples wedding planning process which can be read here. This final installment is all about the magical wedding day itself.
The wedding day itself was an amazing day. Everything just went so smoothly and we both said afterwards we wouldn't of changed anything at all.
I got ready at my house in Cumbernauld with the bridesmaids and two of my good friends Claire Gibson and Kathryn Evans. Kathryn was doing everyones make up and my hairdresser Nicola was there to do everyones hair. Considering there was 9 girls all getting ready together, I thought it would be manic but it was so relaxed! Whilst one person was getting there hair done, someone would be getting make up done and the rest would be making tea and toast for the others, it was quite a system!

The photographer also came round to the house, which was nice as she is also one of my good friends, Laura Maddox. Laura studied photography at university and had done a lot of studio work but was wanting to branch out into weddings. It was brilliant having her take the photos on the wedding day because it was so easy to be relaxed around her being one of my friends and she did an amazing job!
We also chose Erin Rose Videos to film the day for us and they were incredible too. I had seen an advertisement on Facebook for their wedding videos and decided to go on their website and have a look. All their videos were excellent so I got in touch and we went for a visit and decided they would be great for the job. That was an understatement. Andrew, who filmed the day for us, was so subtle and out of the way that the majority of the guests didn't even realise we had a videographer there!
After hair and make up was done at the house, we all went up to Glenskirlie to get ready. The bridal suite is huge and we all had a great laugh getting photos done before the ceremony. We had the flowers delivered to the venue which were from a local company in Cumbernauld - Narcissus Wedding Flowers by Susan. My bouquet had red and white roses with thistles, the bridesmaids had red roses and thistles and the groomsmen all had a red rose and thistle buttonhole. 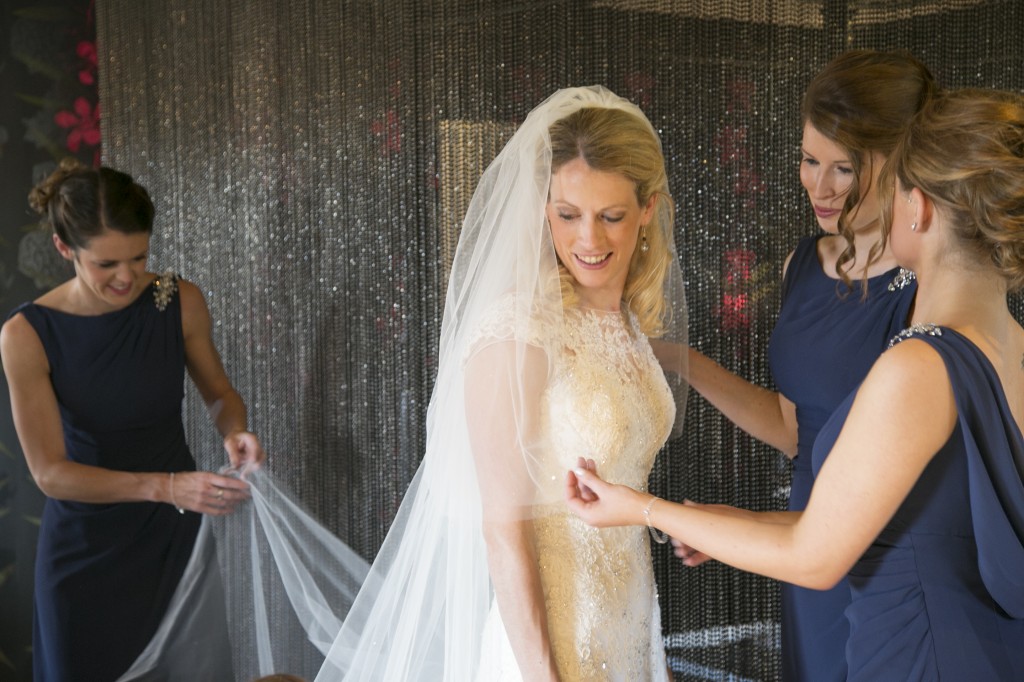 For the ceremony I walked down the aisle to Loch Lomond, played on the violins. It was quite an emotional tune and my dad and I had to compose ourselves before walking down! 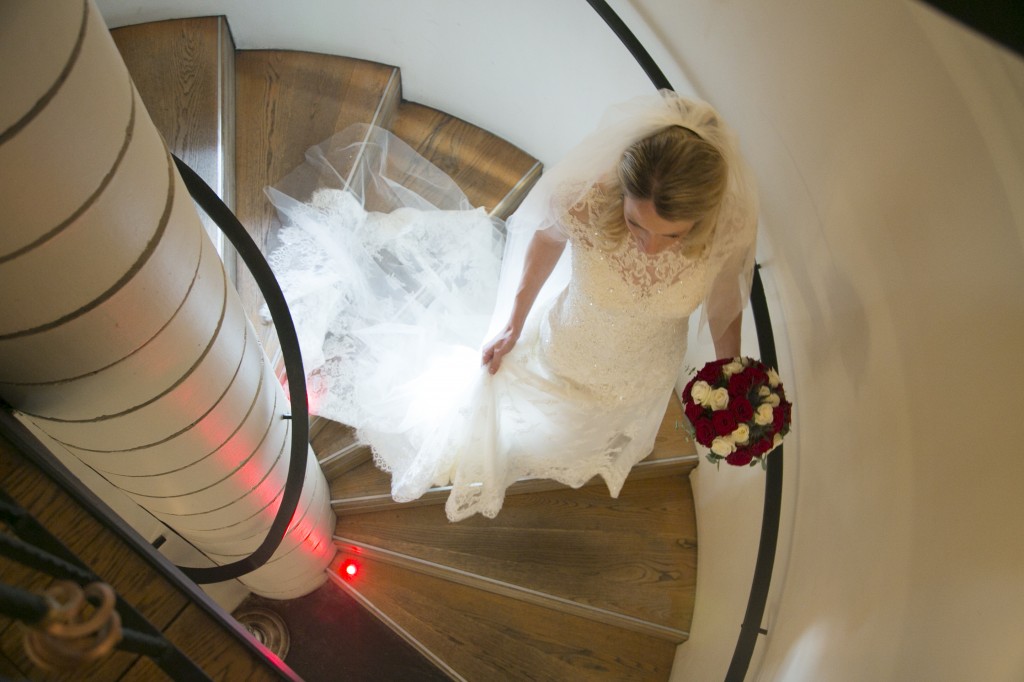 The ceremony was reasonably short and we had a very special member of the family down at the front with us - our dog Ben! He stood alongside Brian's two best men and wore a tartan bandana - I may be bias but I thought he looked very smart! We added a couple of personal touches for the ceremony by having the traditional scottish hand fasting ritual and also a Robert Burns reading "My Luve". We were also piped out at the end by piper Bryce McCulloch playing Mhairi's Wedding. Bryce played for all the guests arriving and also for the remainder of the day when everyone was getting photos taken - again another great Scottish touch!
Before the meal, we had the speeches, which were very funny! I thought it was best to have the speeches before hand so everyone could relax and enjoy their dinner. The top table were piped in to dinner by Bryce playing Scotland the Brave.
For the evening part of the wedding we had another 50 guests. The band we had chosen, we saw play at my friend Christine's wedding and thought they were amazing so got them to play at ours. They are called Matt Gloss and the Emulsions. Our first dance was Last Request by Paulo Nutini which the band played and although they play their own set they were very accommodating as I asked if they would play a Travis song (my favourite band) which they did brilliantly. The band played Why Does It Always Rain On Me which got virtually the whole wedding up dancing!
After the buffet was served and to get everyone back up dancing the band then played some music for Ceilidh dancing. We had four Ceilidh dances, which was great fun, especially for the non-sottish guests who hadn't a clue what was happening!
The band finished with Dignity by Deacon Blue and then we had the traditional Runrig version of Loch Lomond to end the night!
It was an amazing day and everyone seemed to really enjoy themselves which made Brian and I have an even better day too!
Venue - Glenskirlie Castle
Dress - Eleganza
Hair - Nicola Elliot-Clark
Make-Up - Kathryn Evans
Photographer - Laura Maddox
Videographer - Erin Rose Films
Band - Matt Gloss and The Emulsions
Flowers - Narcissus Wedding Flowers by Susan
Piper - Bryce McCulloch
Wedding Cake - Gill Child