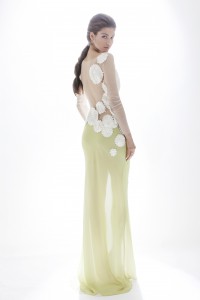 Terms & Conditions
1. The winners of the Eleganza Sposa Prom Dress competition will be awarded with two prom dresses up to the value of £300.
2. The competition will close at 12am on Friday the 21/03/2014.
3. Entries are only valid;
A -Up until the competition closing date
B- If the entrant has commented on the Eleganza Sposa Facebook page  post with the competition details
C- If they have nominated a friend including a comment on why they are such a wonderful friend.
4. The winners will be chosen at random and announced on Facebook following the competition closing date.
5. Eleganza Sposa will  be in touch with the prize winners to book them in for an appointment at the Glasgow Flagship store via a Facebook private message.
6. The offer can only be claimed in the Eleganza Sposa Glasgow flagship store.
7. The prize cannot be exchanged or used in conjunction with any other promotion.
8. Offer is valid until 21/06/2014
9. Entrants must be over the age of 16 years old.
10. This promotion is in no way sponsored, endorsed, administered, or associated with Facebook.